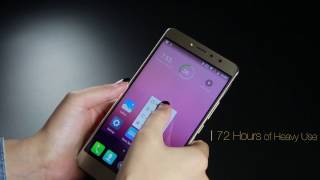 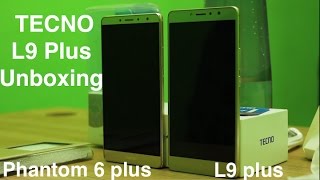 Tecno introduced the “L series” devices to cater for those that care a lot about battery life. Each device in this series is known for its long-lasting battery ; usually above 24hours. The L9 Plus features a long lasting battery with an impressive 5000 mAh, a huge 6.0″ screen, fingerprint security and the latest android version the Nougat 7.0. Introducing Tecno L9 ✓ Best Price Point in kenya.

Featuring a sleek design and slim body, the L9 Plus is the right smartphone for your lifestyle. The Tecno L9 + isn’t just a phone but a battery storage! In fact, I call it a power bank because it doesn’t just have a large battery, it can as well charge another phone via its OTG capabilities.

The Tecno L9 is the latest flagship  from the unending creative innovation bag of Tecno mobile. Released in March 2017, the new Tecno L9 runs on the latest android version 7.0 Nougat (HiOS). The Tecno L9 has a 6 inches display with a resolution of 1280×720 pixels. The Tecno L9 comes with a 2GB RAM size making it fast with apps and processes. The new smartphone also comes with a fingerprint sensor which is located at the back of the phone. The processor speed is 1.3GHz Quad-core processors, with an internal storage of 16GB. One of the major perks is the battery capacity of 5000mAh with rapid charge feature. It can last up to 72hours on heavy use! Order the Tecno L9 ✓ Best Price Point in kenya now and get it delivered to your doorstep!

Popular in this month

Add to compare
About BestPricePoint

BestPricePoint is your go to shopping guide to help you to find the best price for thousands of products before you buy online. We list and track more prices per product getting you the best price on genuine products from trusted online stores in Kenya.

Millions of people across Kenya use BestPricePoint Kenya every month before making their online purchases.

Use our price alert service to receive an email as soon as a price drops to a level you are willing to pay.

Can’t find what you’re looking for? Contact us and we will add it to BestPricePoint and email you with the lowest price within one working hour. It’s all part of the BestPricePoint service.

Order your items online and have them delivered to Nairobi, Mombasa, Kisumu, Nakuru, Eldoret, Kitale, Garissa, Nyeri, Kitui, Malindi, Bungoma, Thika, Machakos, Vihiga, Athi River or wherever you are in Kenya.

Thanks for visiting & using us, Happy Shopping!

Get Coupon Codes and Online Deals delivered straight to your Inbox.